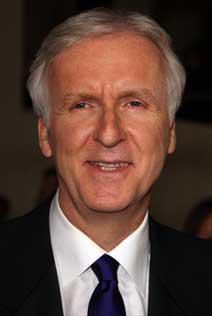 Director James Cameron reports that Avatar 2 is done and Avatar 3 near completion.

Avatar 2 has finished its shoot in New Zealand and Avatar 3 is near to completion, director James Cameron has revealed.

In a recent chat with Arnold Schwarzenegger ahead of the 2020 Austrian World Summit (via EW.com), director James Cameron revealed the state of his long awaited Avatar sequels. Good news is, the first sequel is already done shooting. Bad news is, we have to wait until December of 2022 to see it.

"COVID hit us like it hit everybody... We lost about four and a half months of production," Cameron said. "As a result of that, we’ve rolled around one more full year for a release in December of 2022. That's been announced already."

"Now that doesn't mean I have an extra year to finish the film because the day we deliverAvatar 2 we'll just start working on finishing 'Avatar 3,' " he added. "So where we are right now, I'm down in New Zealand shooting. We're shooting the remainder of the live-action. We've got about 10 percent left to go. We're 100 percent complete on 'Avatar 2' and we're sort of 95 percent complete on 'Avatar 3.' "

Meanwhile it has been reported that Amazon Studios' The Lord Of The Rings streaming series has resumed filming in New Zealand after the shoot was suspended in mid-March. Amazon representatives could not be reached for comment.