The Passion Of The Christ Star Says The Sequel Will Be A Masterpiece. 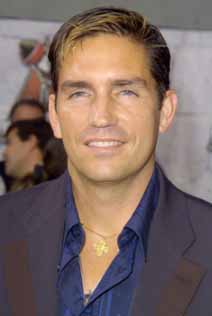 The Passion Of The Christ star Jim Caviezel has confirmed that the sequel to Mel Gibson’s "The Passion of the Christ", in which he played Jesus Christ, is still very much in the works.

Mel Gibson's The Passion of the Christ was a global phenomenon when it was released back in 2004, and went on to earn over $610 million worldwide, with seemingly every member of the movie’s target audience heading out to the theater to see it on the big screen. Even sixteen years later, it remains the seventh highest-grossing R-rated movie ever made behind only Joker, both Deadpool flicks, The Matrix Reloaded, It and Logan, all of which were studio blockbusters with massive built-in appeal.

A follow-up has been in the works for a long time now, and it was announced in 2016 that Gibson was set to reunite with Braveheart writer Randall Wallace for the tentatively-titled The Resurrection of the Christ.

Jim Caviezel, who played Jesus, recently gave an interview where he revealed that he took a real-life beating during filming. And as a devout Christian, it sounds like he loved every painful second of it.

Here's what happened during the scene where he carries the cross:

"As I went down, the cross... it actually struck my head and buried my head in the sand. And I bit through my tongue. Now, in the tape, you’ll see streams of blood coming down from my lip. That’s actually my own blood."

Then the strain of carrying the cross tore his shoulder, leading to him doing the scene in excruciating pain.

"At this time, the shoulder is out and I was trying everything I had to get my arm over, and it looks like it's the most extraordinary take because it looks like I’m cherishing our cross, which is our faith, and hugging it but in the most beautiful way. It wasn't beautiful to me because it hurt like hell, my AC joint had been torn."

More trouble came when Caviezel was filming the moment where he was being whipped by Roman soldiers, with the actor explaining:

"I had a 14-inch gash right on my back. I ripped my hands out and walked out of the take and I fell down. But it’s an extraordinary experience because I got hit and it froze my diaphragm, which was like getting... the wind knocked out of you."