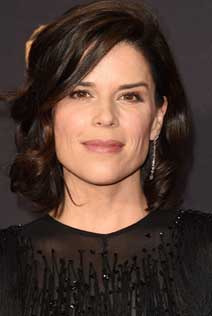 Actress Neve Campbell is confirmed to be returning for the upcoming fifth "Scream" film, the actress announcing the news on her Instagram.

Campbell confirmed the news herself on Instagram when she shared a video of the iconic Ghostface killer mask, along with the message of "Hello again, Sidney... #ImBack." And if you click on the video, you see text of Ghostface himself welcoming Sidney back to the franchise with the ominous words of "remember me?"

Campbell of course played Sidney Prescott in all four previous Scream movies beginning with the 1996 original and culminating with the severely underrated 2011 effort, Scream 4. One of Campbell’s biggest roles in the '90s, Sidney Prescott stood out among the legion of "final girls" in slasher movies created between the 1970s and '90s, not least of all because Campbell's Sidney had seen all the other movies and knew not to act so oblivious to the creepy stalkers and strange noises.

David Arquette and Courteney Cox are set to return as Dewey Riley and Gale Weathers, but some new faces include Jack Quaid (The Boys), Melissa Barrera (In The Heights) and Jenna Ortega (You). Kevin Williamson, the franchise creator, as well as Chad Villella of Radio Silence are executive producing the project along with Project X Entertainment’s Vanderbilt, Paul Neinstein and William Sherak as their producers.