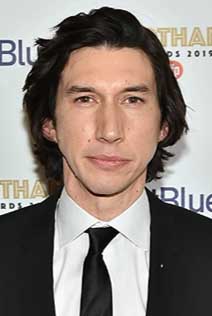 Adam Driver is set to star in Sony's sci-fi horror thriller 65 from producer Sam Raimi and the writers of A Quiet Place, Scott Beck and Bryan Woods.

Raimi and Zainab Azizi will also produce or Raimi Productions along with Debbie Liebling. The film will see Beck and Woods reunite with Raimi, as the two recently wrote and directed an episode of Raimi's Quibi series '50 States of Fright'.

Driver was nominated in January for an Academy Award for Best Actor his role in Noah Baumbach's "Marriage Story", portraying a New York-based stage director going through a divorce with his wife, a Los Angeles-based actress played by Scarlett Johansson. He was nominated in the supporting actor category last year in Spike Lee's "BlacKKKlansman" in a role as undercover police officer Flip Zimmerman.