John Carpenter May Get Involved with The Thing Reboot Happening at Blumhouse. 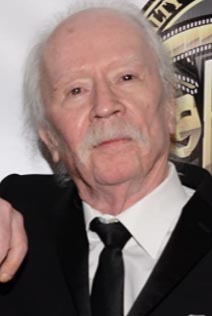 John Carpenter has teased that The Thing reboot is in development courtesy of Blumhouse Productions and Jason Blum.

Carpenter first revealed the news on Saturday on a panel for the Fantasia International Film Festival. During the interview, Carpenter discussed finishing the score to Halloween Kills, a sequel to the 2018 reboot of another Carpenter favorite. That film, produced by Blumhouse and directed by David Gorden Green, was recently pushed to 2021 due to the Covid-19 pandemic.

Later in the Q&A, Carpenter was asked if he had talked with Blumhouse chief Jason Blum about directing any projects himself.

"I have? I don't know about that", Carpenter said. "But we've talked about - I think he's going to be working on 'The Thing', rebooting 'The Thing.' I'm involved with that, maybe. Down the road."

Carpenter’s Assault on Precinct 13, The Fog and The Thing have already been remade while Escape from New York, Big Trouble in Little China and They Live are all rumored to be getting a similar treatment