Amy Adams Thriller 'The Woman in the Window' Heading to Netflix. 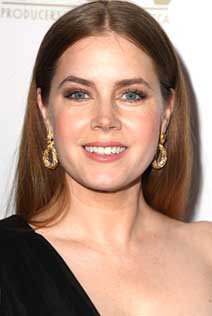 Netflix is finalizing a deal to acquire the rights to "The Woman in the Window", the Amy Adams thriller directed by Joe Wright that was meant to open this summer from 20th Century Studios.

'The Woman in the Window' stars Amy Adams as Dr. Anna Fox, an agoraphobic child psychologist who witnesses a crime while spying on her neighbours. The film also stars Julianne Moore, Gary Oldman, Brian Tyree Henry, Wyatt Russell, Jennifer Jason Leigh, and Anthony Mackie. Although The Woman in the Window is complete, it's not clear just when Netflix would release the film once they have it.

The thriller was originally set to open on October 4, 2019, but after a poor test audience reaction, reshoots were planned and a new release date - May 15, 2020 - was announced. The coronavirus ended up delaying it yet again, and now it looks like the film is going to skip the big screen entirely.

Amy Adams’ next star vehicle will be "Nightbitch", an adaptation of Rachel Yoder’s upcoming novel, from Annapurna Pictures. The six-time Oscar nominee will lead the film as a stay-at-home housewife and mother in a most unusual predicament. This is her latest project after finishing Ron Howard’s Oscar hopeful "Hillbilly Elegy", also from Netflix, and ahead of the release of "The Woman in the Window".