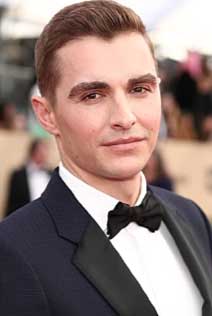 Dave Franco will play rapper Vanilla Ice in an upcoming biopic titled To the Extreme. Rumors about the project surfaced last year, but Franco has now officially confirmed the news.

Franco confirmed the news himself to Insider while also revealing the film is being imagined as a Disaster Artist and Ed Wood-like biopic about musician Robert Matthew Van Winkle’s life.

"To the Extreme" centers on the rise of the rapper (whose real name is Robert Van Winkle) from a high school dropout selling cars in Dallas to having the first hip-hop single to top the Billboard charts with "Ice Ice Baby." A young Vanilla Ice struggles with stardom, extortion attempts and selling out as he makes music history.

Ice's story is more of a success than Wiseau: he became known for the single Ice Ice Baby and the album To The Extreme, which sold 15 million copies worldwide in 1990. He also charted his story in 1991 film Cool As Ice, but his superstardom didn't last long. These days, he still performs to crowds of fans, but is also known for a home renovation show.

While the Covid pandemic has placed a hold on production for the film, Franco has been putting in time doing research, talking to Van Winkle about his life. "Rob is such a sweet and intelligent guy and he's been super helpful in the process of getting all the details correct and making us privy to information the public doesn't know," Franco said. "Just talking to him I can't help but think about the rabbit holes I'm going to go down to get ready for the role."