John Boyega: I've 'Moved On' From My 'Star Wars' Character 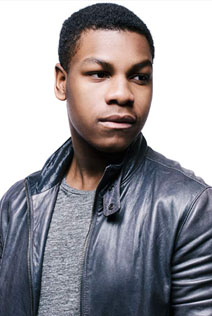 John Boyega says no to any more Star Wars appearances in any upcoming Lucasfilm projects.

British actor John Boyega, who played the character of Finn in three recent Star Wars films, appears to have left the role behind him.

Boyega revealed he has moved on from the character in response to a user comment on one of his recent Instagram posts showing the actor back on set. User @techsteveo wrote: "Force Finn in action with Green lightsaber dressed in black is all I want from the next Sw film!"

The heart emoji next to the answer indicates there are no hard feelings behind John Boyega distancing himself from the space opera franchise. But the actor has always made it clear that he has bigger ambitions than simply being known as the guy who plays Finn, a sentiment he had echoed last year while promoting Rise of Skywalker.

"Yeah! Yeah, I'm ready for life after Star Wars. After Star Wars, that's when the check clears. Life after Star Wars is about to be lit. It's bittersweet because of the connections we made on set, the amazing people, important people to my life specifically Oscar Issac and Daisy Ridley. Now, I'm ready to see our relationships grow and flourish in the real world."