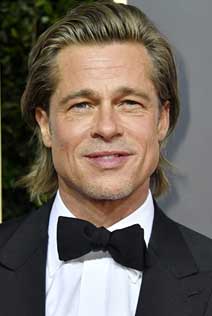 Zak Olkewicz wrote the script for the film, which is based on the Japanese novel Maria Beetle by Kotaro Isaka. Leitch and Kelly McCormick (Atomic Blonde) will produce the film through their company 87North, alongside Antoine Fuqua and Kat Samick. Brittany Morrissey is overseeing the project for Sony Pictures.

The project is described as a contained thriller in the vein of Speed and Non-Stop and can be shot on a closed set subject to Covid-19 shooting protocols. Bullet Train is being eyed for a fall shoot.

Leitch and Kelly McCormick will produce the project via their company 87North along with Antoine Fuqua and Kat Samick. Brittany Morrissey is the executive overseeing the film for Sony Pictures.

Bullet Train will mark the eighth collaboration between the 50-year-old filmmaker and 56-year-old actor, who first worked together in 1999 on Fight Club (1999) on which Leitch worked as an uncredited stunt double for Pitt.

Pitt is coming off an Oscar-winning performance in the Quentin Tarantino-directed Once Upon a Time in Hollywood. The actor is firming up his dance card, eyeing several projects but committing only to this one for now.