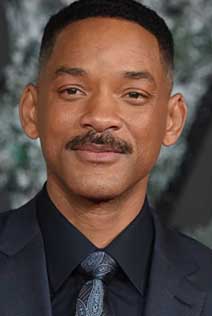 Apple has won the bidding for the runaway slave thriller "Emancipation" starring Will Smith and directed by Antoine Fuqua.

Apple has prevailed in a bidding war for worldwide rights to the runaway slave thriller Emancipation that pairs Will Smith with director Antoine Fuqua and reportedly marks one of the highest single-picture acquisitions the industry has ever seen.

According to sources Apple paid around $105m, illustrating how the right package will still sell for a premium regardless of what condition the economy is in or what broader forces are at play.

Emancipation is timely given the renewed focus on race relations and waves of protests around the world stemming from police killings and the violent deaths of black people in the US.

Apple has taken a strong public stance on racism, recently pledging $100m towards a racial equality and justice initiative.

The Emancipation deal will further bolster Apple’s credibility in the film space after it recently secured rights to Martin Scorsese’s upcoming Killers Of The Flower Moon to star Leonardo DiCaprio and Robert De Niro, and picked up the Tom Hanks wartime drama Greyhound (2020) from Sony, and Julianne Moore con artist project Sharper with A24.