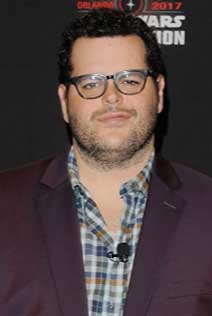 Moonfall centers on a mysterious force knocking the moon from its orbit around Earth, which sends it hurtling on a collision course with life as we know it. In response, a ragtag team launches an impossible last-ditch mission into space to land on the lunar surface and save Earth from annihilation. Gad will portray a scientific genius who has correctly concluded that the moon has fallen out of its orbit.

Gad is the first person cast in the ensemble and will play a character named KC Houseman, described by the filmmakers as odd and unkempt in a way that suggests a high level of intelligence and an equally high level of disorganization. He is a genius who correctly predicts that the moon has fallen out of its orbit, thus making the space-obsessed, profoundly unfiltered and eccentric man one of the most important people on Earth.

Emmerich is producing Moonfall under his Centropolis banner with Kloser producing through his company, Street Entertainment.

The Tony Award-nominated Gad is currently riding high thanks to his recently launched 1980s-centric YouTube series, Reunited Apart. The first episode brought back the cast and filmmakers behind Goonies, The (1985) , while the second, released this week, rejoined the major players behind the Back to the Future (1985) movies. He is also prepping for the May 29 debut of Central Park, an animated series he co-created for Apple+