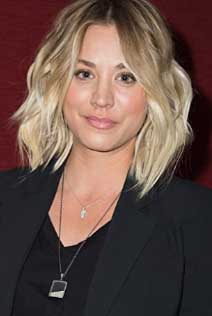 Kaley Cuoco will star opposite Kevin Hart and Woody Harrelson in the upcoming action-comedy The Man from Toronto from Sony Pictures.

Patrick Hughes is directing the film, which was written by Robbie Fox and Chris Bremner, from a story by Fox and Jason Blumenthal. Sony is planning to release the comedy on Sept. 17, 2021.

Todd Black, Blumenthal and Steve Tisch are producing, while Bill Bannerman is executive producing. Harrelson replaced Jason Statham in March, after Statham left the film over creative differences just weeks before production was expected to begin.

The story follows the world’s deadliest assassin, known as The Man from Toronto and a man named Teddy who is described as New York’s biggest screw-up. The two run into each other in a rented Airbnb and are forced to team up and save the day.

Sony halted the production of Man From Toronto in March due to the pandemic.