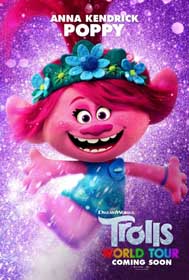 "Trolls World Tour" has posted the highest opening day and opening weekend release ever for a film released digitally.


After going straight to premium Video on Demand, Universal's "Trolls World Tour" is a record-breaking home-viewing success. The animated sequel, the first and most significant of four planned theatrical releases to seek non-theater platforms during a global theater shutdown.


The film, available for 48-hour rental for a $19.99 premium price, was the best seller on Fandango's full week Monday to Sunday chart of feature film offerings, despite only being available for three days. It beat by a wide margin the full-week #2 and 3 ranked "Bad Boys for Life" and "Sonic the Hedgehog", 2020's top domestic theatrical grossers.


The previous champ for a 3-day digital rental on FandangoNOW was Universal/Blumhouse's The Invisible Man.