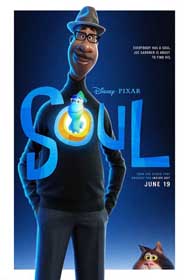 Disney has postponed the theatrical release of Soul, an animated adventure from Pixar, since cinemas are still closed due to the coronavirus pandemic. The movie was originally set to open on June 19 and will now debut on Nov. 20.

With the scheduling shift for "Soul", a major movie isn't set to open in theaters until the end of July. Last month, Disney shuffled the release calendar for most of its upcoming pics - pushing "Mulan" to July 24, "Black Widow" to Nov. 7 and "The Eternals" to February of 2021.