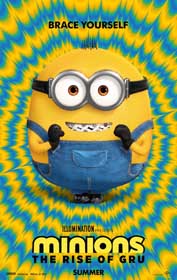 However, the date Minions 2 now occupies was originally set for Sing 2, the sequel to the animated musical comedy which starred Matthew McConaughey, Taron Egerton and Reese Witherspoon. The film has now been pushed back to the holiday season of next year with a release of December 22nd, 2021

Wicked, the long-gestating adaptation of the Wizard of Oz prequel musical has been in the works for a decade now, but fans will have to wait a bit longer to see it come to the big screen. The movie was supposed to hit theaters in that December 22, 2021 spot, but now it’s been removed from the release calendar altogether.