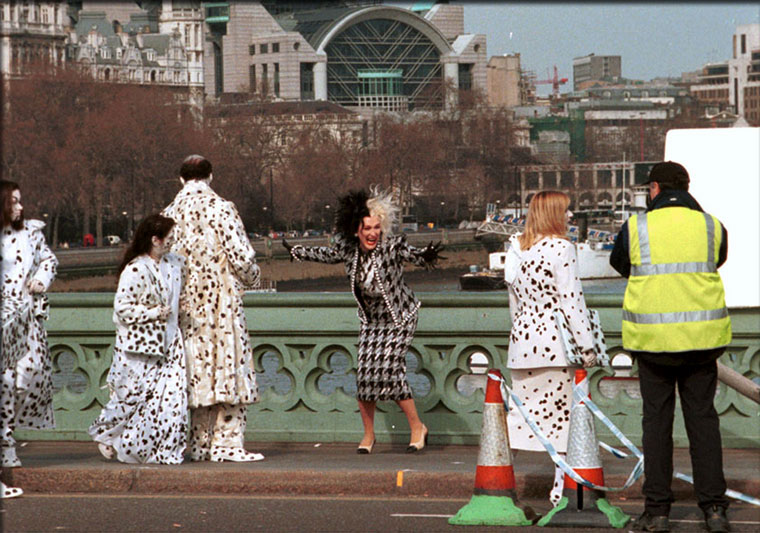 Dalmatian rescue groups are predicting a glut of unwanted dogs based on the large numbers of Dalmatians that appeared in shelters and were destroyed following the release of 101 DALMATIANS in 1996.

ANN HERRINGTON, president of MEDIA PARTNERS FOR PETS, a nonprofit animal rights organisation, says, "People literally went from the movie theatre to the pet stores and the breeders to buy the dogs, and later abandoned them."

Activists demonstrated outside Disney's studios on Monday (28AUG00) and tried to deliver a letter to Disney chairman and CEO MICHAEL EISNER demanding the disclaimer.

They also want one per cent of the proceeds from the film's ticket and merchandise sales donated to Dalmatian rescue groups and no-kill shelters.